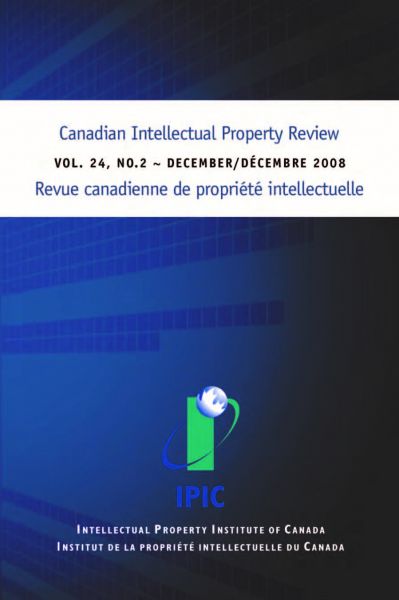 In 2006, the Supreme Court released its decision in Veuve Clicquot Ponsardin v. Boutiques Cliquot Ltée and provided a new framework for interpreting s. 22 of the Trade-marks Act. The court’s analysis revealed that Canadian depreciation of goodwill is similar to if not synonymous with U.S. dilution law.

This article attempts to capitalize on Americans’ substantial experience with dilution by summarizing the U.S. dilution experience from its theoretical origins in 1927 to the Trademark Dilution Revision Act of 2006. Particular attention is paid to those areas where U.S. courts and legislators have struggled. A comparison with Veuve Clicquot Ponsardin v. Boutiques Cliquot Ltée is then provided, which demonstrates that American dilution problems may have been inadvertently imported into Canada. The article concludes by providing suggestions as to how to minimize these problems in the Canadian context.