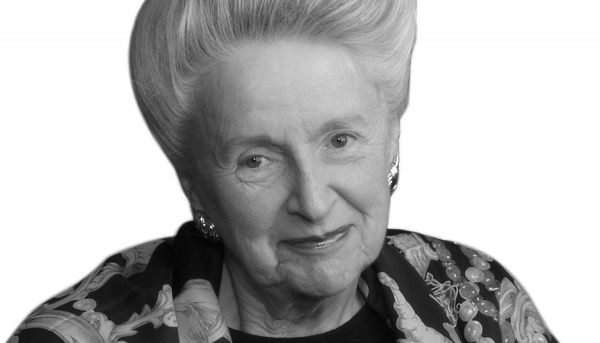 IPIC wishes to offer its sincere condolences following the passing of Past President and Member of Distinction Joan Clark Q.C. on April 8th, 2020.

As an influential member of the Canadian IP community, Joan was the first woman to become a Fellow of the Intellectual Property Institute of Canada. She served as the first female President of the Institute from 1978-1979 and was made a Member of Distinction in 2008. In 2019, she was honoured as the first recipient of the WING Women in IP Trailblazer award.

Admitted to the Bar of Québec, Joan Clark joined Ogilvy Renault in 1954 (now Norton Rose Fulbright), where she remained for the duration of her illustrious career. Miss Clark, as she was known throughout the firm, was its first female partner, the first woman head of a practice group (IP) and the first female senior partner of the firm. She also became a member of the Bar of Alberta in 1977.

An accomplished and tenacious litigator before the courts, Joan Clark went to the Supreme Court of Canada three times as an appellant and was successful on each try, against the odds.

She was also an ardent supporter of IPIC and its causes. During the long-time struggle for Patent and Trademark agent privilege, she led an extensive letter-writing campaign with prominent lawyers in the Canadian IP community.

She was the first Canadian and the first woman to be named president of l'Association internationale pour la protection de la propriété intellectuelle (AIPPI). She was made a Member of Honour in 1995.

In addition to her career in law, Joan Clark was passionate about the humane treatment of animals. She was a past president of the Montreal SPCA. Among the many advancements that she spearheaded, she convinced the Québec government to introduce progressive legislation to ensure the protection of animals. In fact, she personally drafted the bill.

Joan Clark received the designation Advocatus Emeritus from the Quebec Bar in 2007 and she was named Officer of the Order of Canada in 2008. She received the Queen’s Diamond Jubilee Medal in 2012.

Joan Clark was a notable person, principled, dignified but down-to-earth, with a love of life. She will be greatly missed by her many friends, colleagues and the Canadian IP community. IPIC thanks her for her extensive contributions to the profession and extends its warmest condolences to all those whose lives she touched. 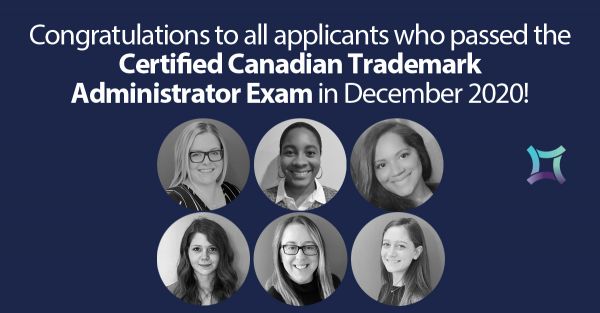 IPIC wishes to extend its congratulations and recognition to the six applicants who successfully passed the Trademark Administrator Exam on December 10th, 2020.
Topics 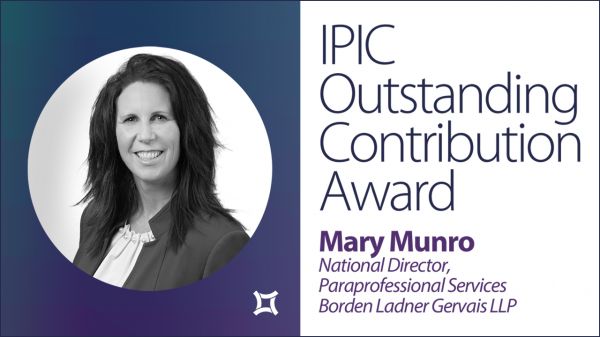 IPIC’s Board of Directors is pleased to announce that Mary Munro is the first recipient of the Institute’s Outstanding Contribution Award. Ms. Munro received the award on October 1st for having gone above and beyond to help IPIC’s IP Administrators Committee create the Patent and Trademark Administrator Programs, therefore helping IPIC achieve its strategic goals.
Topics