Artificial Intelligence Fuels TikTok’s Popularity; But Could That Very Asset Prevent Its Sale? 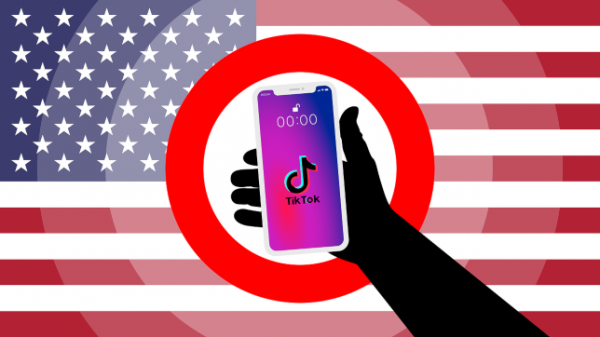 In a few weeks, TikTok’s parent company ByteDance will have to either complete the sale of TikTok’s US operations to an American company (contenders have included Microsoft, Wal-Mart and Oracle, with Oracle the current favourite), or be banned from the U.S. market. The U.S. government has cited national security concerns as the basis for the required U.S. operations sale. However, after the Chinese government recently passed regulations designed to prevent TikTok’s technology from being transferred to a buyer outside of China without explicit permission, it is clear that the technology underlying TikTok’s success is a key part of the equation.

TikTok has become increasingly popular with millennials and teenagers the world over, and features short-form videos that allow users who watch and engage with content they like, while skipping what they don’t, to “find an endless stream of short videos that feel personalized just for you”.[1] It relies heavily on Artificial Intelligence (AI) to help users maximize their engagement with content, by using a recommendation engine for each unique user (also known as the “For You” algorithm) that consists of three key parts: the algorithm itself, a model that weighs various factors, and user data on what that user has watched, liked, and shared (amongst numerous other data points). Once the engine has crunched all the information, TikTok suggests video content for each unique viewer on the “For You” page.

As one might expect with the purchase of TikTok’s U.S. operations, the ability to take ownership of the underlying AI technology will be of great importance to the buyer, and likely determine whether the sale is approved by the Chinese government. Commentators are skeptical that any new U.S.-based owner will be provided with the AI because, simply put, the For You algorithm ByteDance owns and uses to develop the user data-based models is its most valuable asset.[2] By controlling that algorithm and others, as well as the related computer code, ByteDance controls the video content seen by hundreds of millions of users and can use that as it sees fit.

In contrast to its significant patent portfolios in China, ByteDance has less than 30 patent applications published in the US and Canada. However, within the last two years there has been a notable surge in its PCT patent applications filings, which seems to indicate ByteDance intends to strengthen its market-leading position in social apps globally through a strong and wide-reaching patent monopoly.

The current examination standard in China for AI-related patent applications is generally comparable to that of the European Patent Office (EPO). In China, a double-hurdle examination standard is applied to hybrid inventions that contain both technical and non-technical features (e.g., mental activities related to AI, blockchain, big data, and Internet+, which includes algorithms, business rules and methods). To avoid an invention being excluded from eligible subject matter, a patent claim should contain at least some technical features in addition to the non-technical features it may have (this is the first hurdle). Then, an inventive step assessment is undertaken (this is the second hurdle).

Most of TikTok’s AI algorithms are implemented on physical data (e.g., video and audio) collected from the user via the cameras and microphones, where such data is then post-processed, transmitted and displayed to other users. The video and audio are typically considered technical features as they are derived from the real world. As such, if a patent claim can specify that the relevant AI algorithm is being applied to technical features, such as data, it decreases the likelihood that the invention will be ineligible for patent protection.

The volume of ByteDance’s patent applications (or lack thereof) in North America may, at least partly, be explained by the uncertainty surrounding the patent eligibility of AI-related inventions in both the United States and Canada.

In the United States, the Supreme Court defined a two-step test requiring: (1) a determination of whether the claims of an invention are directed to a patent-ineligible concept (such as an abstract idea); and if so, (2) a determination of where there are additional elements in the claims sufficient to ensure that the patent amounts to significantly more than the ineligible concept itself.[3] Unfortunately, this test is difficult to predictably implement and, as a result, many AI-related inventions have been categorized as abstract concepts and rendered unpatentable.

However, conscious of this issue, the United State Patent and Trademark Office (USPTO) has tried to improve the predictability of the two-step test, and in 2019, issued a Revised Patent Subject Matter Eligibility Guidance. Of particular importance to AI-related inventions, an example in the revised Guidance is directed to a method of training a neural network for facial detection. The claim is classified as patent eligible under the first step of the test because it does not recite any enumerated judicial exceptions.[4] Interestingly, the example notes that the claim does not recite a mental process because the steps are not practically performed in the human mind.

In Canada, the Canadian Intellectual Property Office issued practice notices following the 2011 Amazon[5] Federal Court of Appeal decision. The notices established a claim construction process focused primarily on identifying the problem-solution addressed by the invention. This allowed examiners to disregard elements of the claim from consideration if non-essential to achieving the identified solution or were “contextual” to the claim environment (e.g., a computer). By deeming such features non-essential, CIPO was able to easily designate AI-related claims as being directed to ineligible subject matter.

However, a recent Federal Court decision has criticized CIPO’s problem-solution claim construction approach.[6] As a result, the hope going forward is that patent examiners will be required to provide proper bases for disregarding claimed features as being non-essential. For many AI-related inventions, this task will likely be an uphill battle for examiners, and should therefore result in more favourable claim constructions, making ineligible subject matter objections more difficult to sustain.

Hopefully these changes to patent examination in the United States and Canada will enable AI-related inventions like TikTok’s to be more readily patented going forward.

As the Clock continues to TikTok on the App’s U.S. Sale…

It seems that whether TikTok will continue to be available in the United States may largely depend on whether Oracle will be able to access ByteDance’s AI algorithms and thereby protect the privacy of U.S. users and prevent disinformation by China. Microsoft has said that control of the AI was the only way it could do both, but recently had its bid to buy the app rejected. TikTok has instead chosen Oracle as a technology partner. And despite ByteDance’s patent portfolio, no one outside TikTok or ByteDance seems to know exactly how the various AI inventions work together. A sale that forces the disclosure of that information (assuming it is approved by the Chinese government) may cost ByteDance more than the loss of TikTok’s U.S. operations; it may result in its buyer taking advantage of that AI in combination with its own to gain a significant edge worldwide.

However, if ByteDance refuses to disclose its For You algorithm (which is looking more likely given the Chinese regulations), TikTok may soon be surpassed by competing apps and replaced in the English-speaking market by a U.S.-based competitor. As Microsoft is no longer participating in the process, it remains to be seen whether Oracle will acquire a majority stake in TikTok’s U.S. operations, and what deal (if any) is reached on ByteDance’s AI-related inventions. Until then, binge-watch all the stunt videos, cute pet videos, and dance videos while you can!

*This article was originally published on the website of Marks & Clerk: https://www.marks-clerk.com/Home/Knowledge-News/Articles/Artificial-Intelligence-fuels-TikTok%E2%80%99s-popularity.aspx#.X20B7D-SnD5.

*The article was co-authored by Zephyr Su, a Chinese and Chartered (UK) Patent Attorney.

David A. Ruston, Amrita V. Singh, Simmi Mangat
The new Canadian Patent Rules came into effect on October 30, 2019 with the intent to make Canada compliant with its international treaty obligations by harmonizing and streamlining the administrative procedures for patents and patent applications. The changes to the Rules have resulted in both patent prosecutors and intellectual property owners adapting and developing new prosecution strategies.
Topics 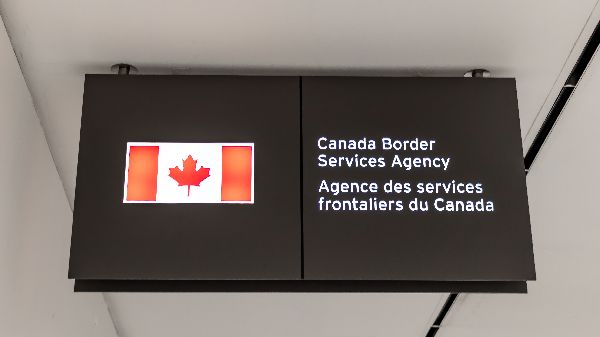 Melissa Tarsitano
Earlier this year, we provided an overview of the Canada Border Services Agency’s (CBSA) Request for Assistance Program. The program provides an opportunity for owners of registered Canadian trademarks and copyrights to record those rights with the CBSA to prevent importation and distribution of counterfeit goods in Canada. The CBSA identifies shipments of all sizes and regardless of quantities ordered as part of the program. One shipment can play a pivotal role in uncovering information pertaining to larger networks and suppliers in the counterfeit trade.
TopicsAnti-Counterfeiting Committee