In April 2018, the government announced the creation of a governance regime for patent and trademark agents (the College of Patent and Trademark Agents). Patent and trademark agents form a profession with a tradition of excellence. However, most of the hallmarks of a professional regulatory system were missing: there was no mandatory code of ethics, continuing education requirement, or discipline process.

There was a double anomaly by Canadian standards: a profession regulated by a government agency, and an incomplete regulatory framework. While the provinces have legislated the creation of more than 300 professional regulatory bodies, very few professions are created by federal statutes. Of these, only three are self-regulated: actuaries, Canada Lands Surveyors, and immigration consultants. The other professions are directly regulated by government, with some involvement by the profession: patent and trademark agents, and bankruptcy trustees.

This new framework will instill greater public confidence in the IP system, thus helping to foster a culture of innovation in Canada. As we all know, the work of patent and trademark agents is a key element in obtaining valuable IP rights, and therefore a key component in Canadian innovation. The new framework will also ensure that Canada has a robust, highly trained intellectual property community of professionals to support the Canadian economy and will hold its members to the highest development and ethical standards. This is a key step that will solidify the excellence of the IP profession in Canada and support a strong IP system. 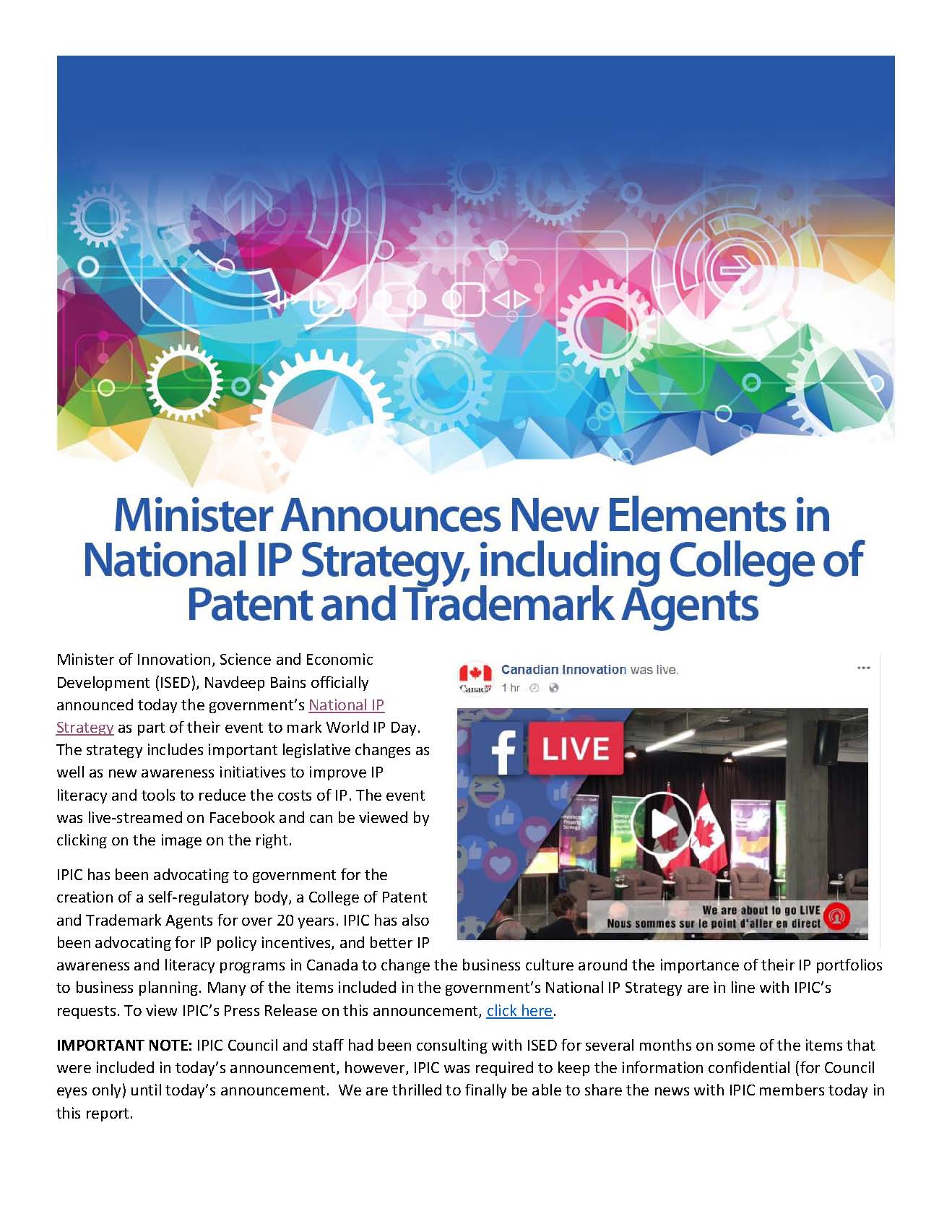 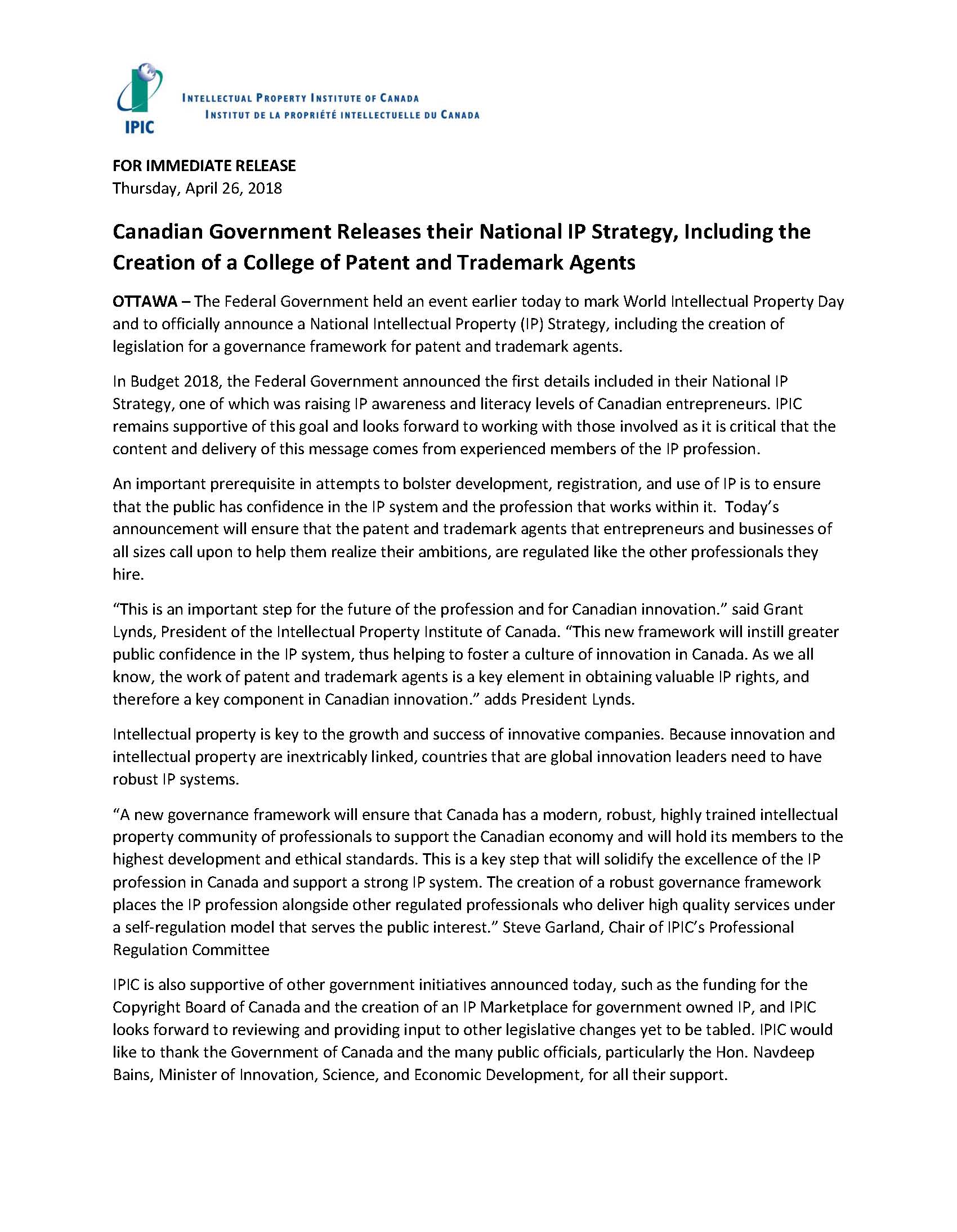 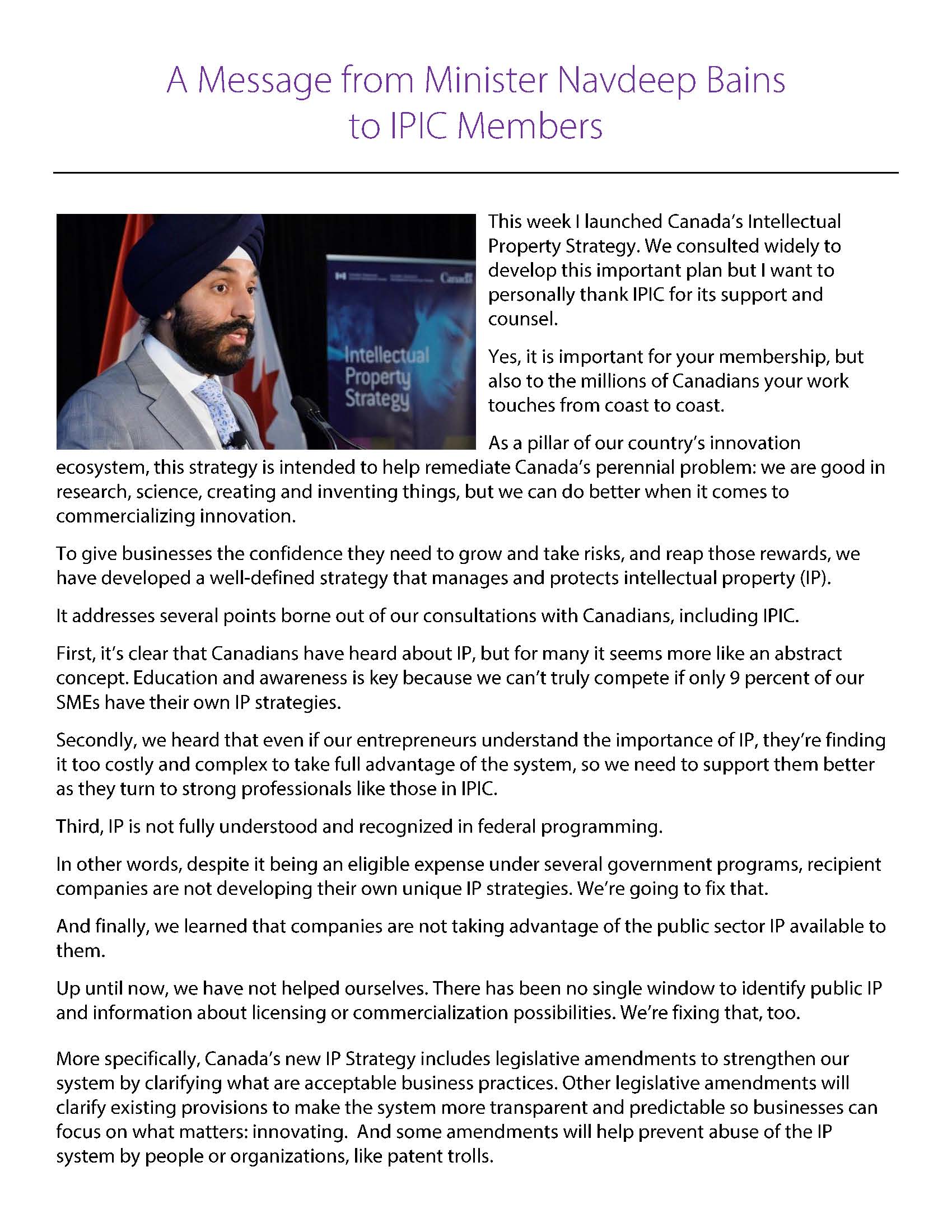 On August 9, 2019, Minister Bains announced the College's first Board of Directors who will be in charge of establishing the College. For information on the transition period click on the image below. 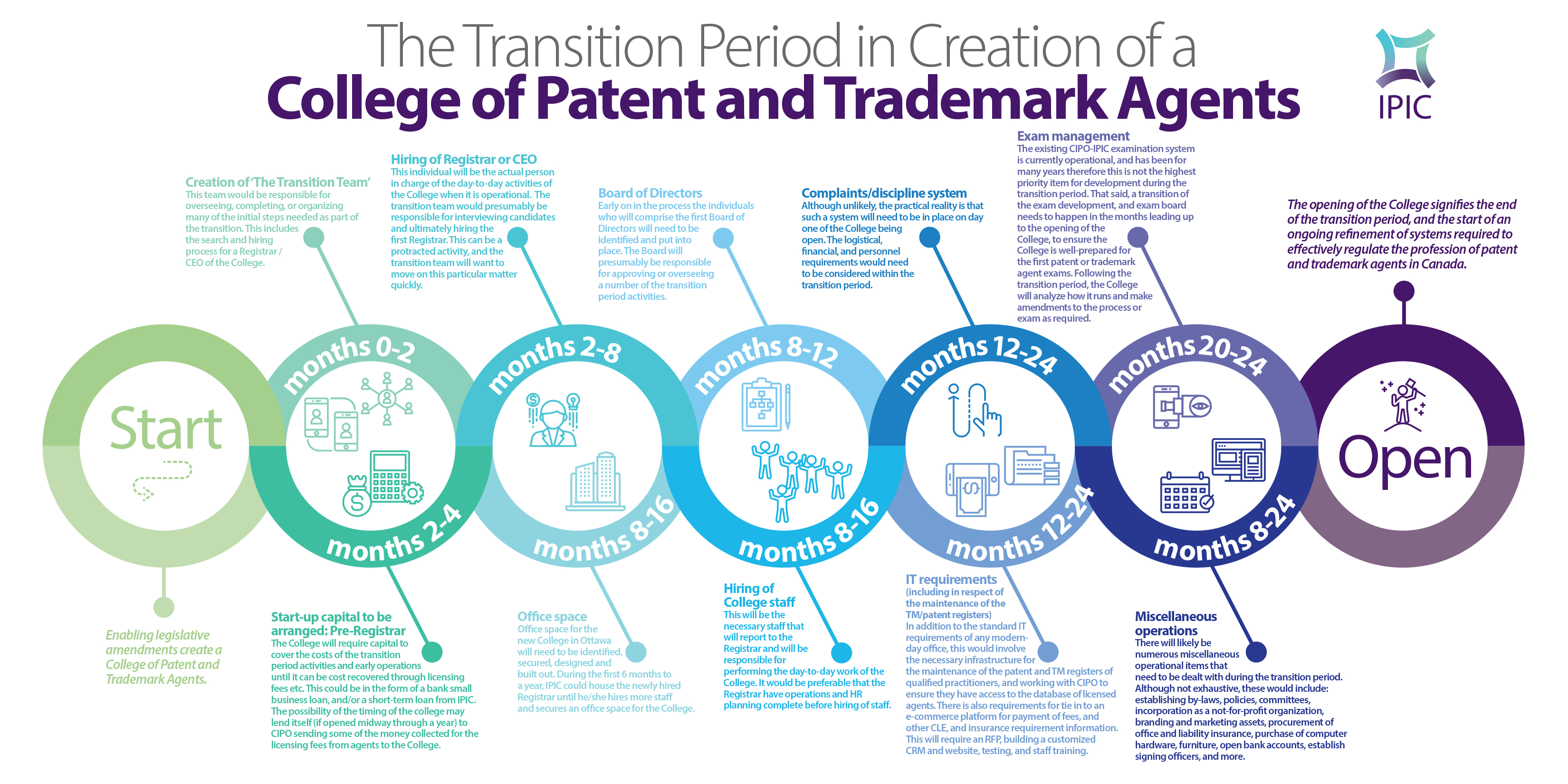